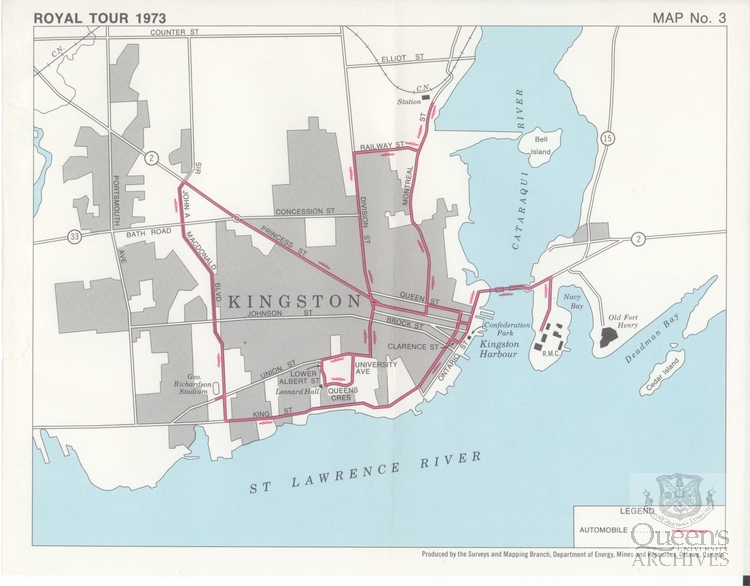 Preparing for the arrival of royalty is no simple task. Aside from accommodation for security details, establishing safe routes for travel, and planning stops where the public can view their regal visitors, full events involving royalty demanded an incredible amount of attention. Standouts among the latter include the 1973 visit of Queen Elizabeth II and Prince Philip to celebrate the Tercentenary of Kingston, and the 1991 visit of Prince Charles and Princess Diana to celebrate the Sesquicentennial of Queen’s University. What follows here is just a glimpse of what the City had to prepare. 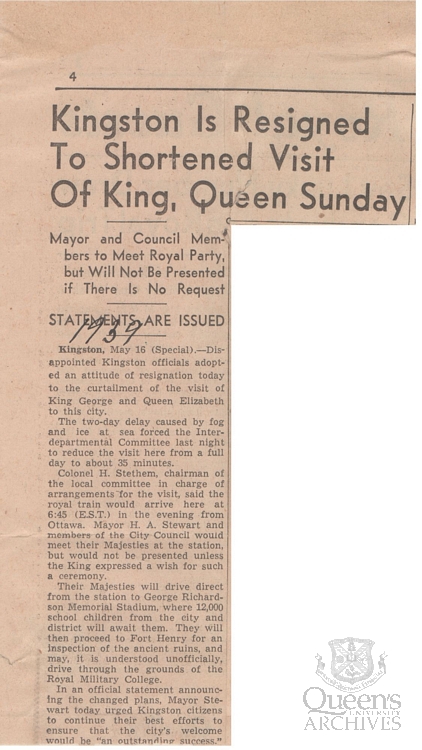 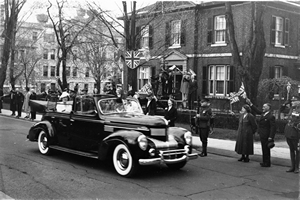 Planning the most minute of details is an essential task for official royal visits. But unforeseen circumstances can often sidetrack the best-laid plans. The CBC Digital Archives retrospective on the 1939 visit of King George VI and Queen Elizabeth recalls:

Because the royal itinerary had been painstakingly planned down to the minute, organizers had to scramble to make up for lost time. Before they even arrived in Canada, the royal pair's stay in Ottawa was reduced by a day and a half, and a day in Kingston was pared back to a half-hour.

The significant reduction in time spent in Kingston did not seem to dampen the spirits of this enthusiastic crowd on Stuart Street. 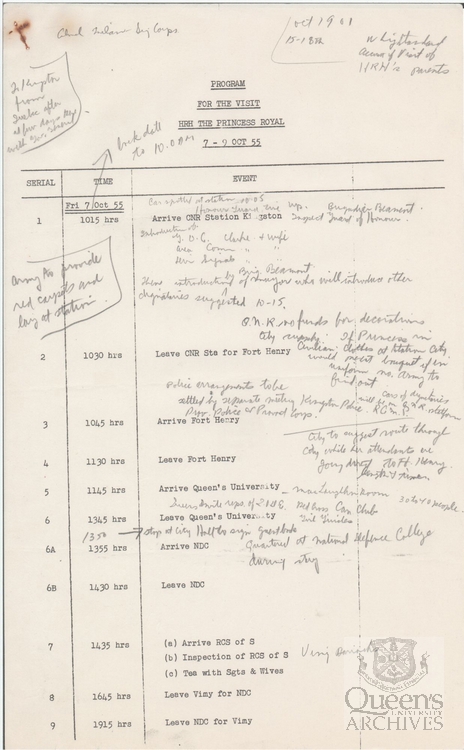 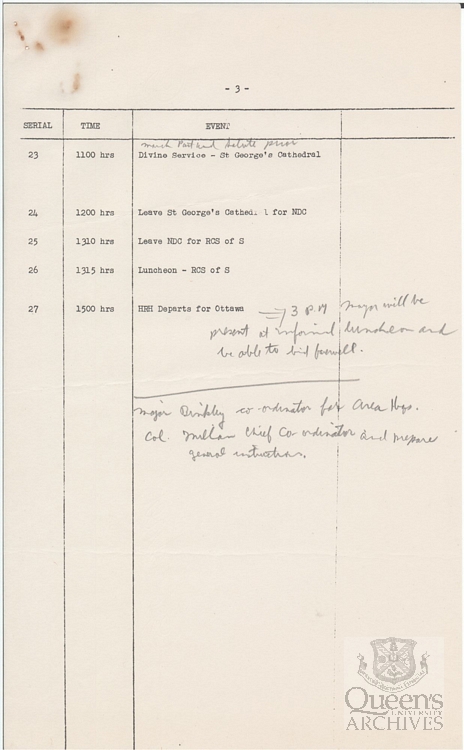 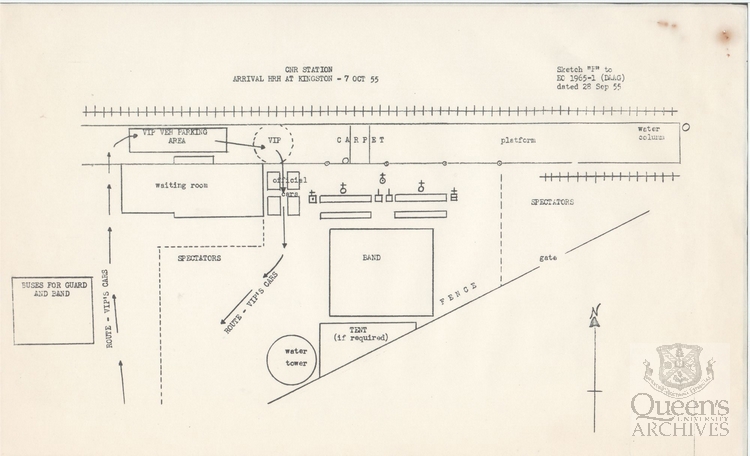 For Kingston's Tercentenary Celebrations, every detail was finely tuned to prepare for the Queen's arrival. This was no less true for the official dinner, organized by the Leonard Hall Dinner Committee. Details ranging from the menu, order of events and speed of service were scrutinized, as seen in the meeting minutes from the week prior to the event. 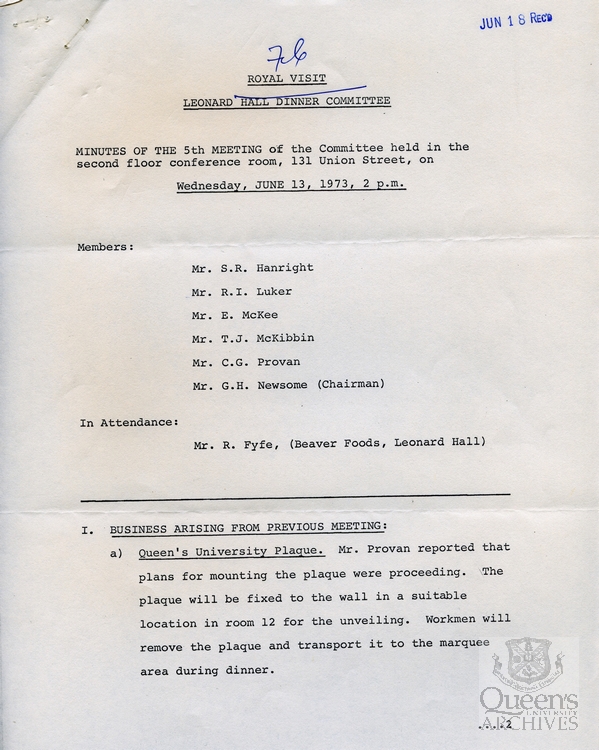 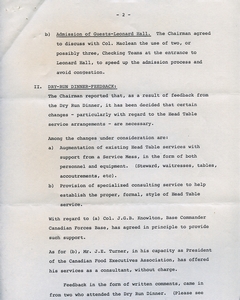 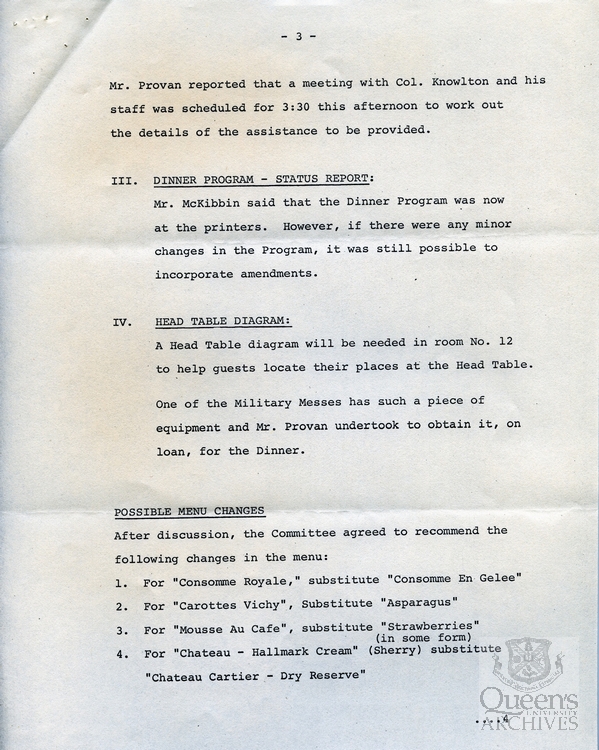 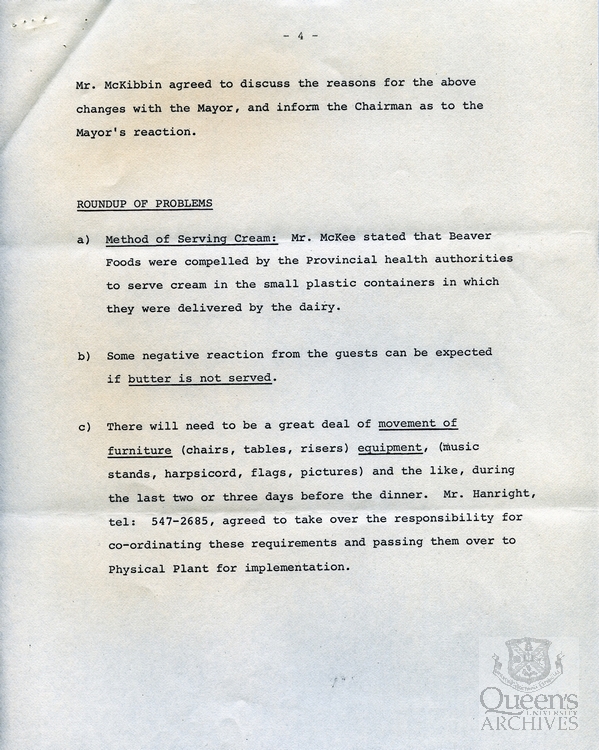 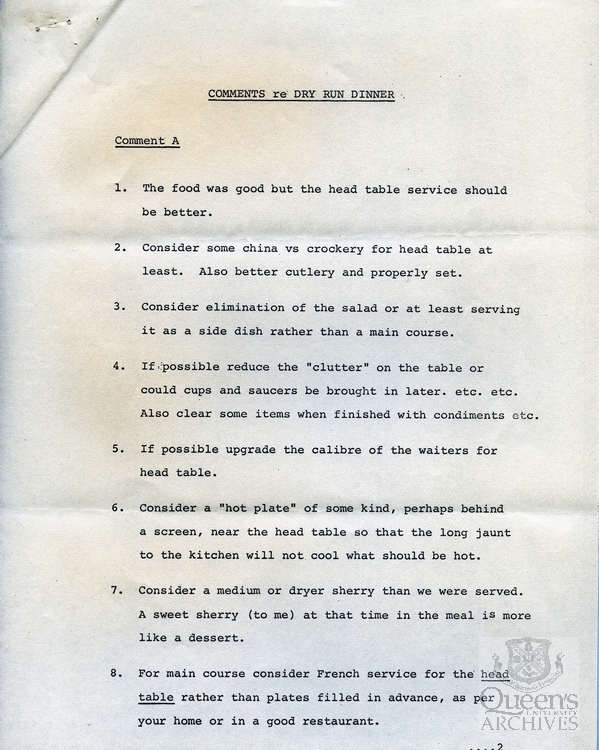 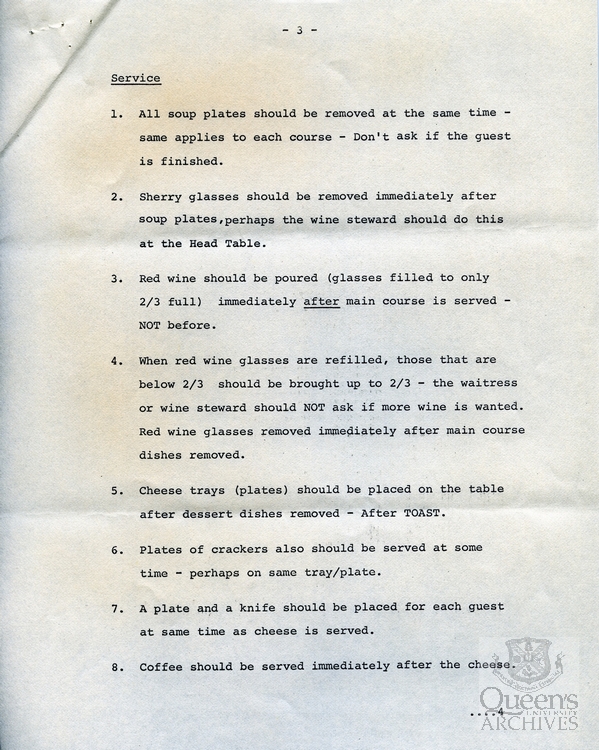 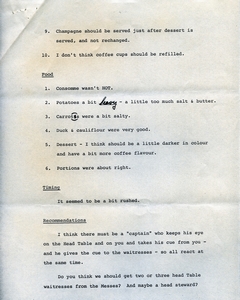