Ships & Supplies: Kingston as a Naval Base

Kingston’s principle role in the war was its efforts in shipbuilding and distributing supplies to other parts of Canada. As the major naval base in Upper Canada, Kingston needed to build ships to meet the demands of war. Months prior to the war, the nation merely held four vessels on Lake Ontario.

In the following caricature, William Charles, an American cartoonist, ridicules the shipbuilding attempts of the British. 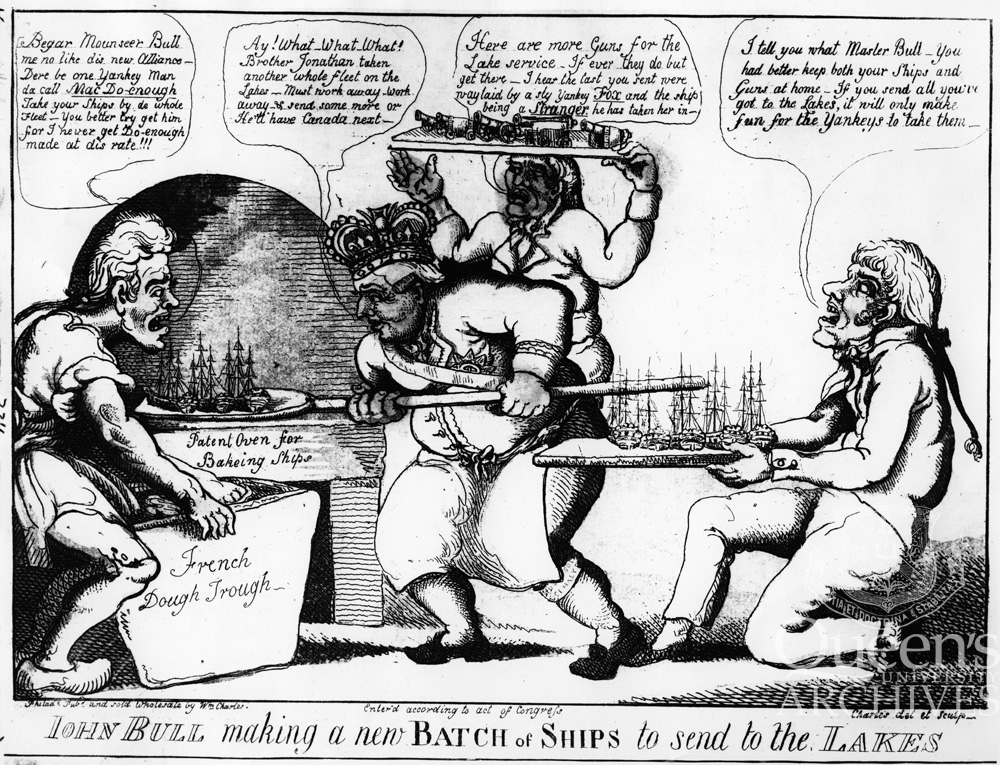 While the Americans were unbothered about the appearance of ships, the British reportedly were concerned for the beauty of their vessels and would invest more money to make their ships appear presentable. Consequently, American ships lasted longer and were built at faster rates. Sir James Yeo struggled to compete with the Americans.

Although Kingston was strategically located near Montreal and York, the Americans never systematically attacked this important naval base. Nonetheless, Kingston was constantly prepared for attacks. The people erected blockhouses and batteries in order to defend the squadron and naval yards. 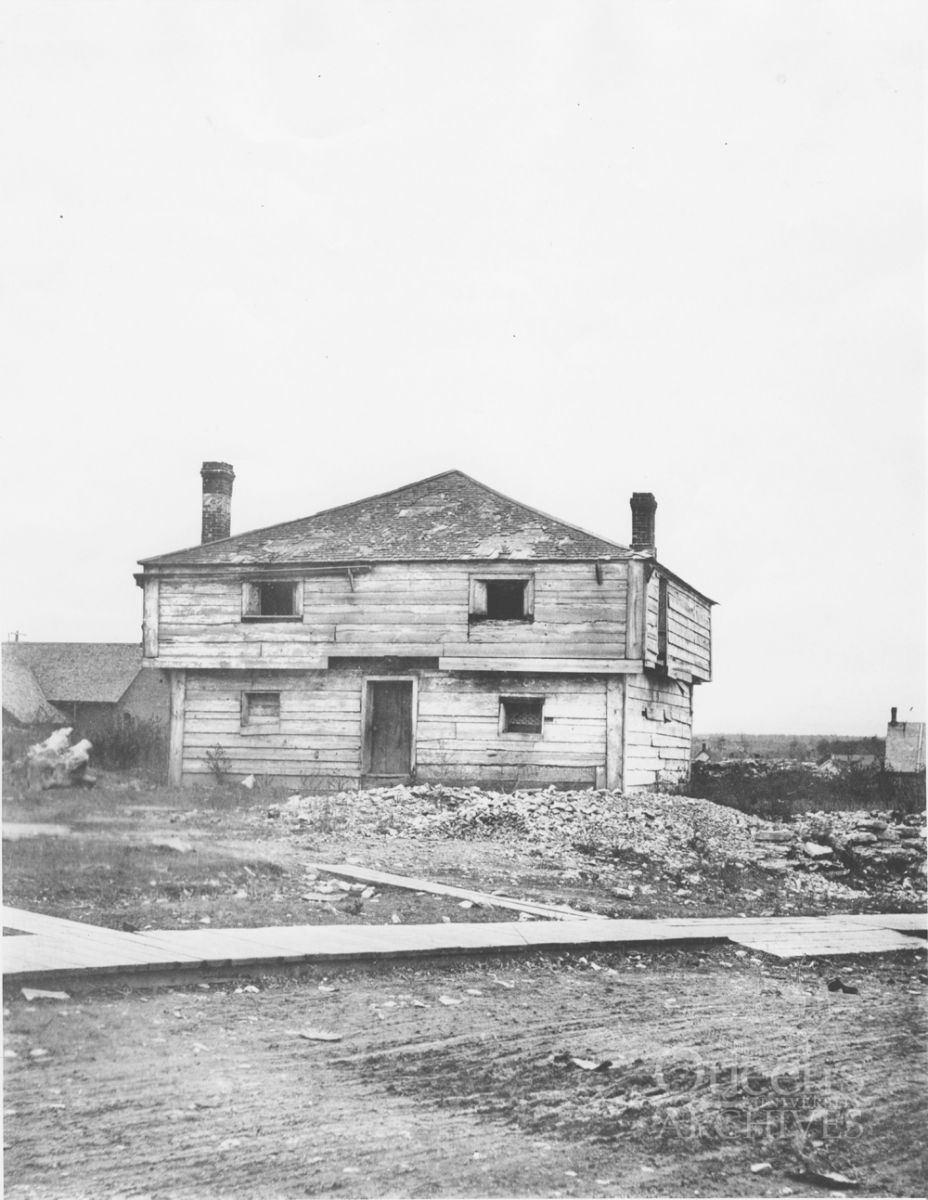 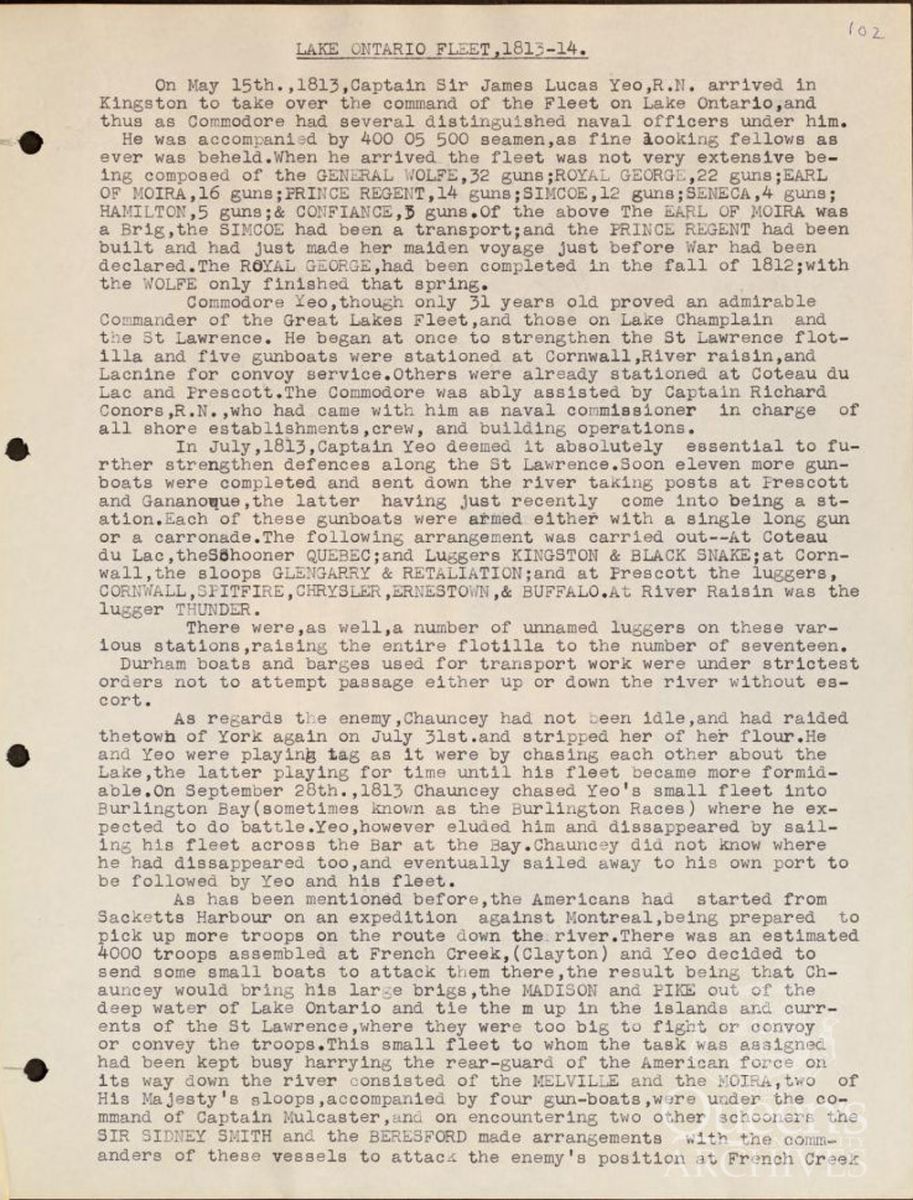 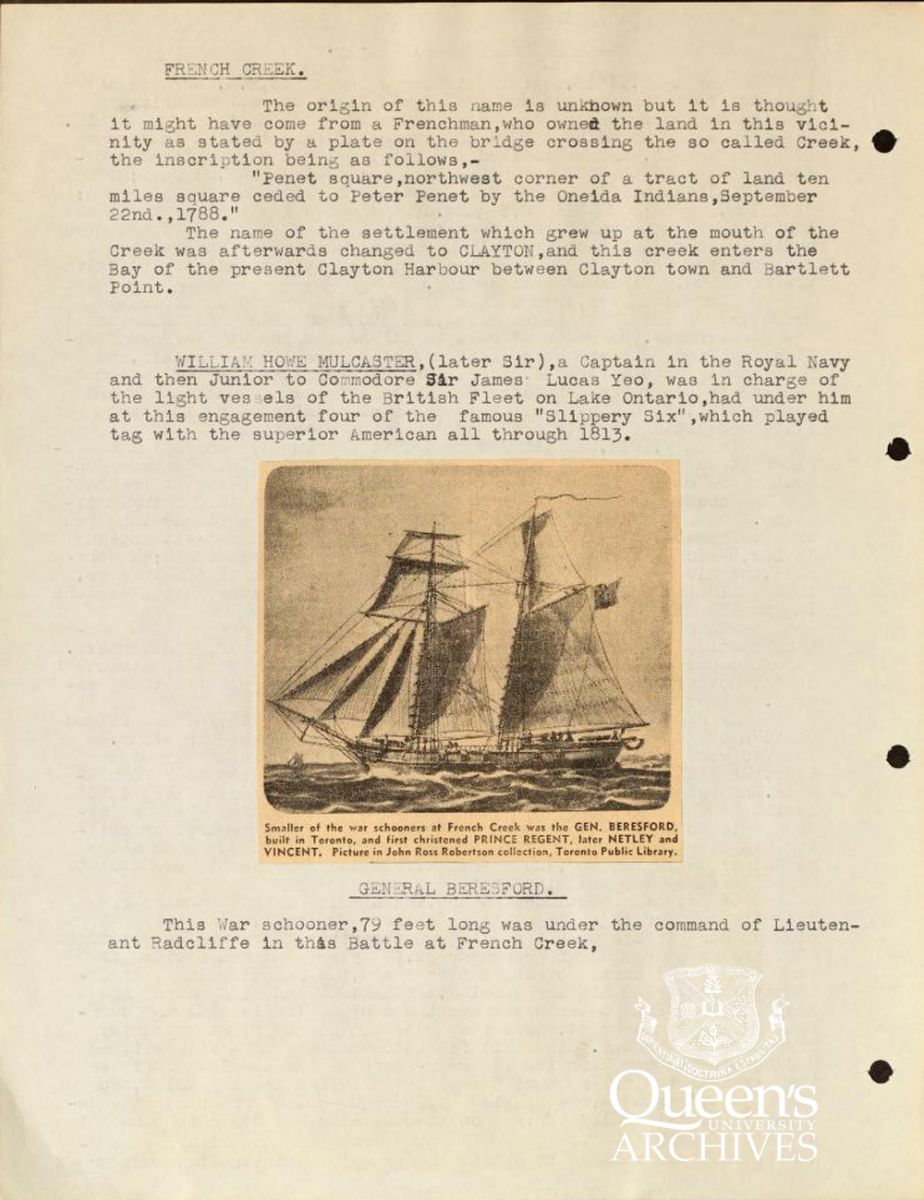 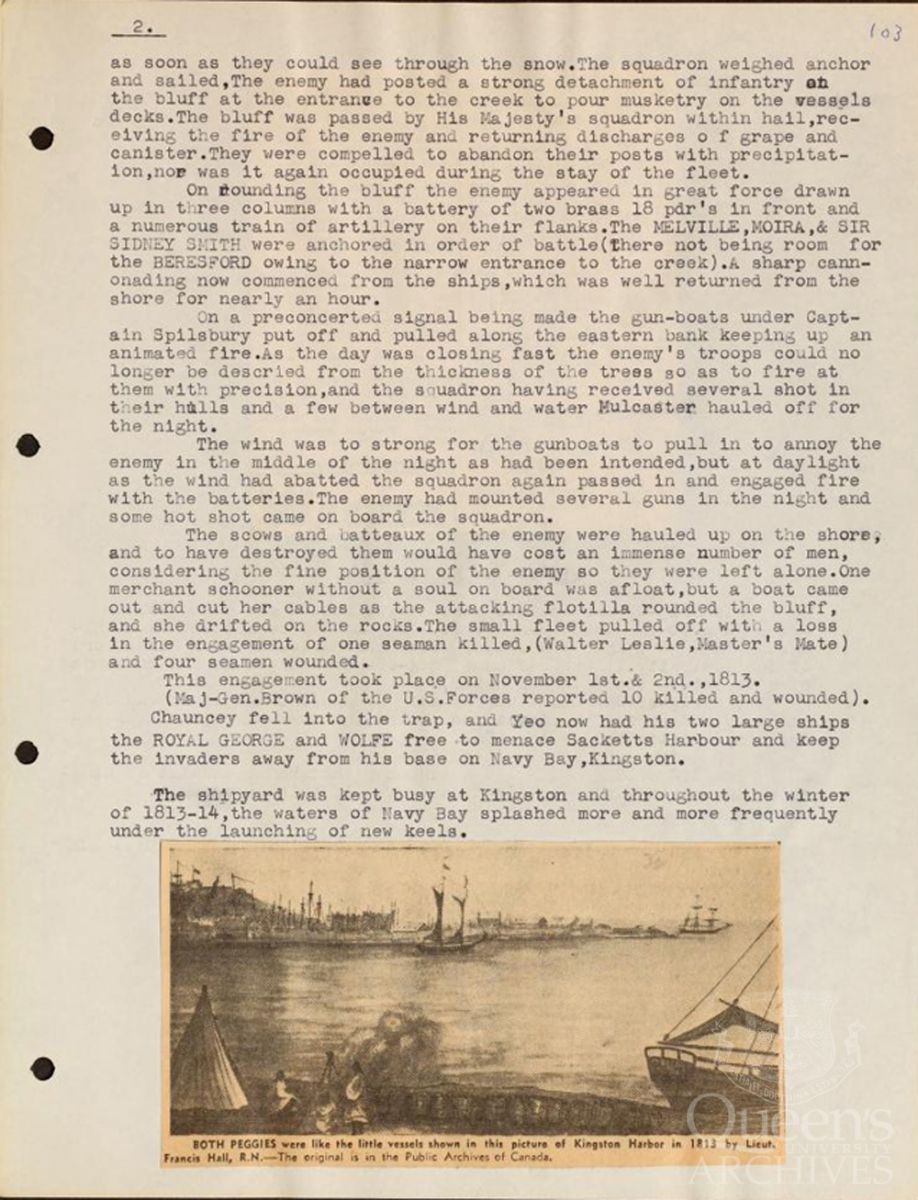 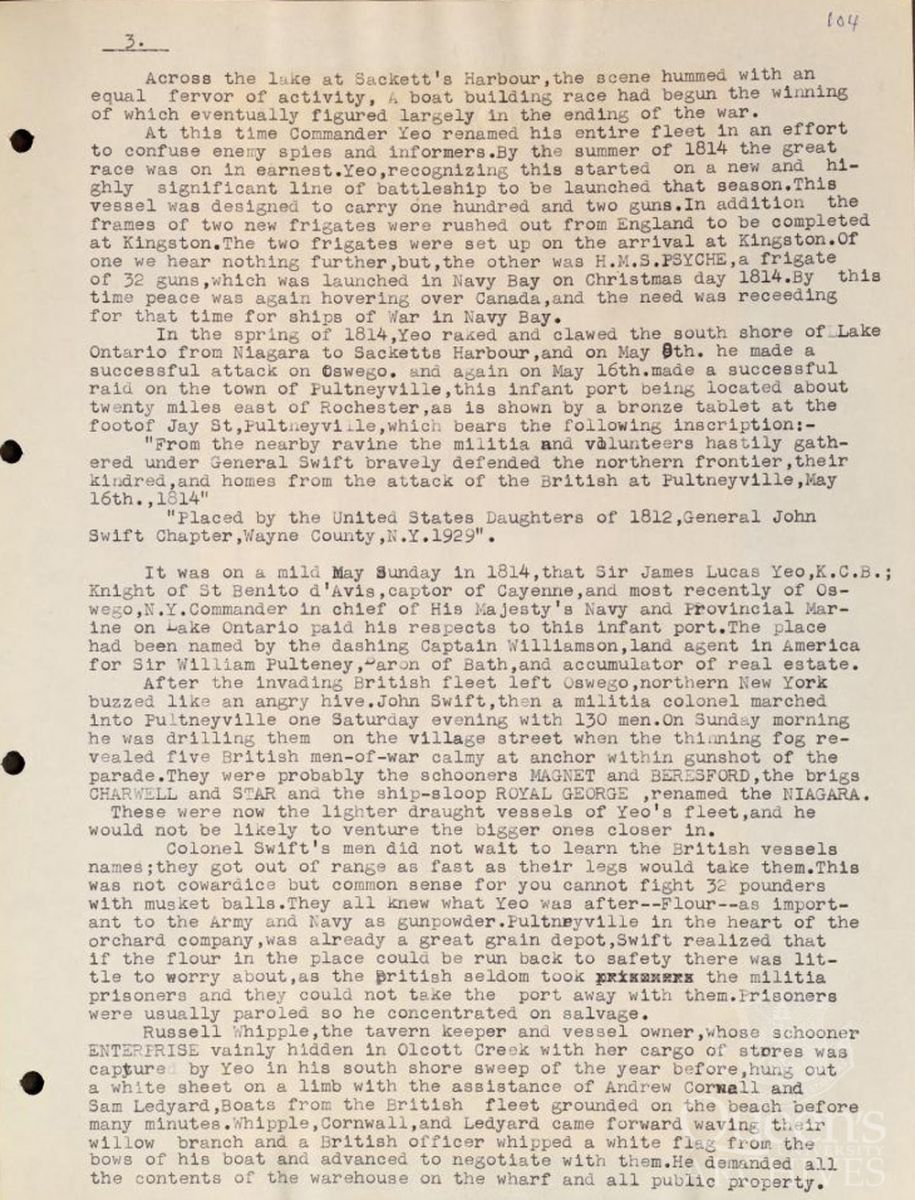 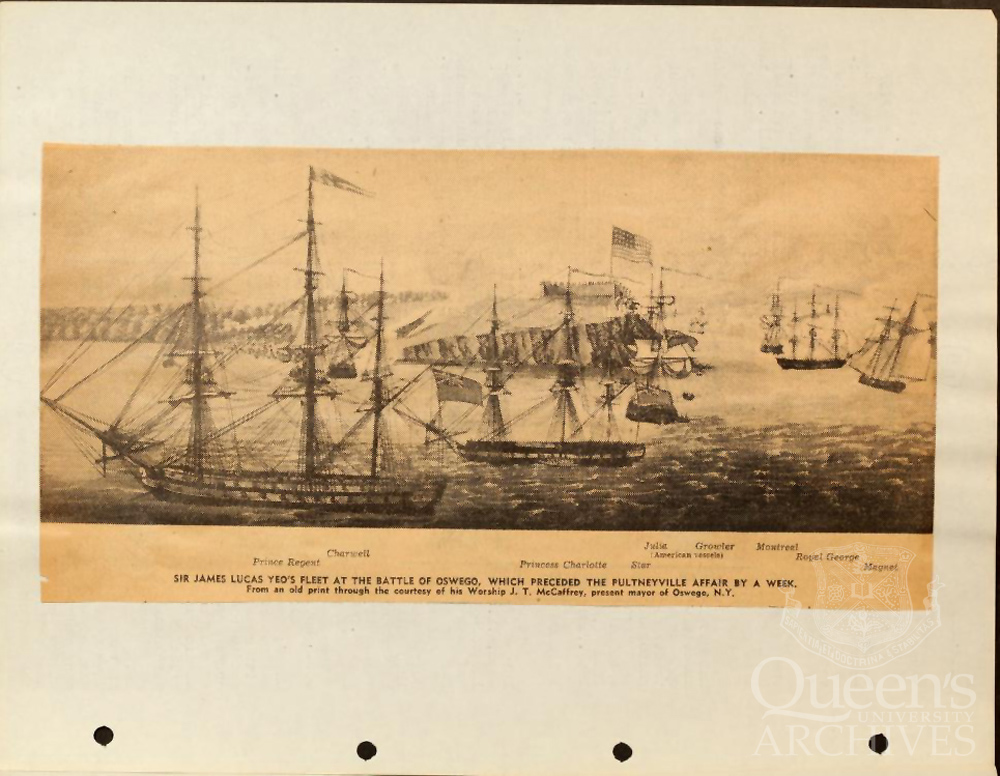 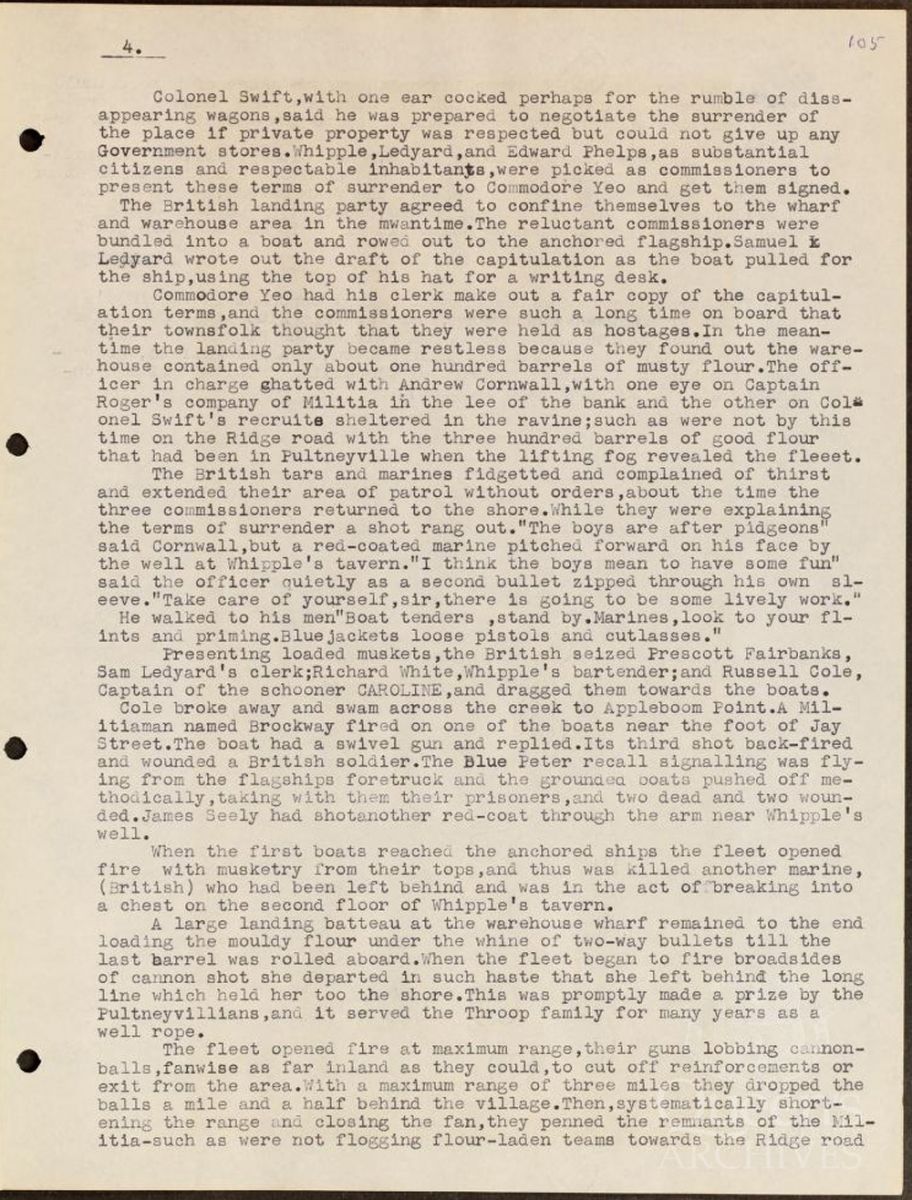 In September 1814, the most formidable war vessel of the Great Lakes was launched. With a massive number of 112 guns, the St. Lawrence revealed the shipbuilding capabilities of the British. As soon as the Americans received news of its construction, they were prompted to speed up their shipbuilding programs, which in turn hastened Kingston’s own program.

The St. Lawrence demonstrated the competence of Kingston as a naval base. The shipbuilding race between Kingston and the Americans intensified during the summer of 1814, just months before the completion of the St. Lawrence. 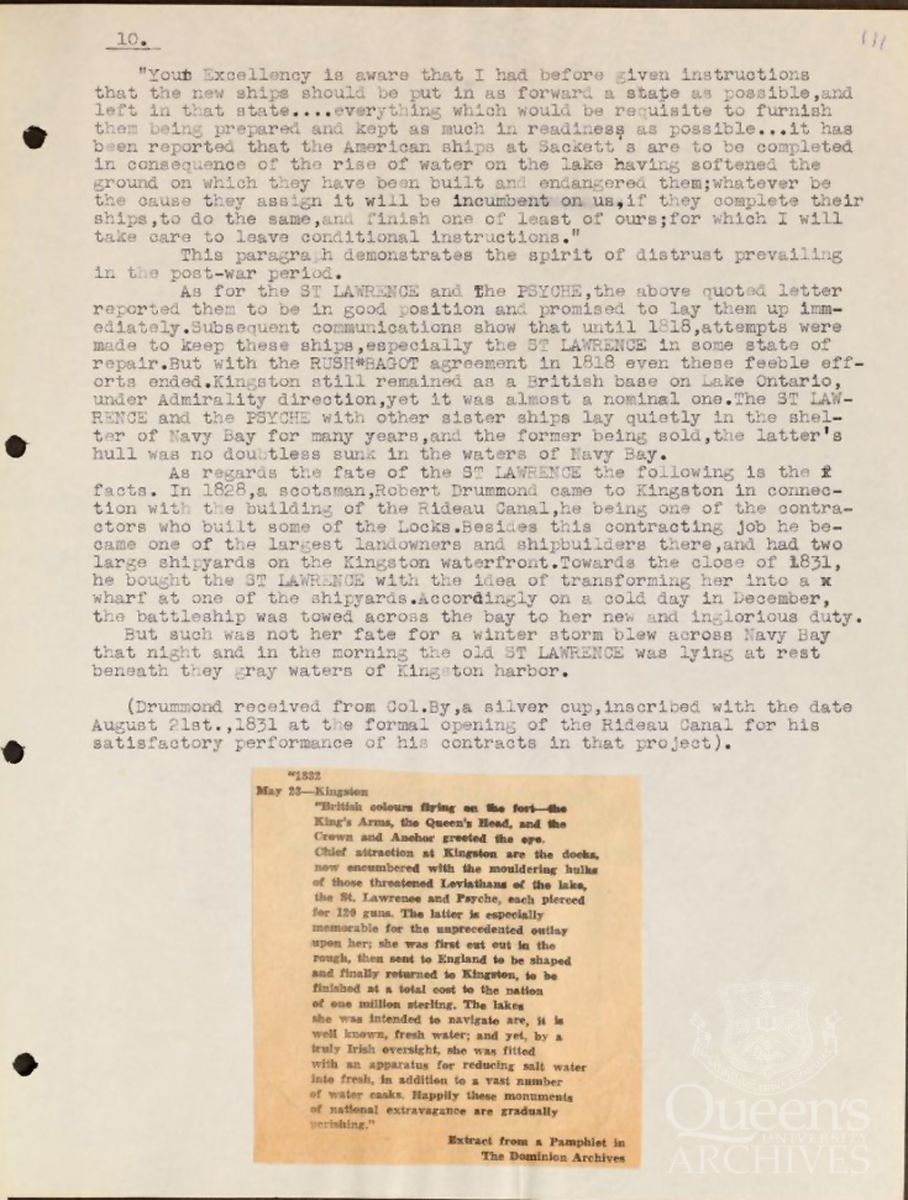 Incorporating a crew of 640, this 112-gun mighty vessel was intended to annihilate a whole American fleet. In October, 1814, the St. Lawrence sailed along with the British fleet for Niagara.

Curiously, the “silent St. Lawrence” (her eventual nickname) never fired any of her 112 guns. In time, the British and Americans agreed to have “no heavy armament than one 18 pdr. gun.” The St. Lawrence accordingly functioned as a transporter of fuel, including maple, beech and pine, during the remainder of the war.

Years after the war, in 1831, the St. Lawrence was bought by Robert Drummond, a Scottish-Canadian landowner and shipbuilder. Drummond intended to use the grand ship as a wharf at one of the shipyards. During a journey across Navy Bay, the St. Lawrence braved against a severe storm but ultimately, met her demise and sunk beneath the Kingston Harbour.