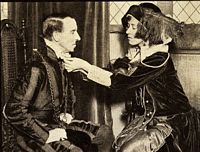 John Buchan had attended Glasgow University from the age of 17, but in 1895 he set out on the road to Brasenose College, Oxford with a Junior Hulme scholarship. In his first few days there, he wrote that he found Oxford life "conventional and comfortable".

Through his years at Brasenose he worked hard at both his studies and his literary endeavours. Showing outstanding promise, he won both the Stanhope Essay Prize in 1897 and the Newdigate Prize in the following year, and at the same time he was writing and publishing his first novel, Sir Quixote Of The Moors.

He was elected Librarian and later President of the Oxford Union. Debates during his tenure included most noticeably "Home Rule" and "A Formal Alliance with America."