Causes of the War

At the turn of the 19th century, Europe was marked by chaos and violence, as Napoleon and his allies waged war against the rest of the continent. While Napoleon sealed British shipping ports, England issued the Orders-in-Council in 1807 with the intention of restricting neutral trade with France and its allies. However, this decision affected not only the industries of France but also the burgeoning trade of the recently independent United States of America.

Infuriated with British interference, President James Madison of the United States declared war against Great Britain on June 18th, 1812. Undoubtedly, this war proclamation was also triggered by American expansionist ambitions, and feelings of resentment against the British, originating from Revolutionary days. Because of these expansionist goals, Canada was in an extremely vulnerable position.

In the early stages of the war, Thomas Jefferson famously asserted, “The acquisition of Canada this year, as far as the neighborhood of Quebec, will be a mere matter of marching, and will give us experience for the attack of Halifax the next, and final expulsion of England from the American continent” (Letter to Colonel William Duane, 1812).

Aside from its close proximity to America, Canada was celebrated for its Loyalism. During the War of 1812, this fact became increasingly significant, as the people politically and socially differentiated themselves from the Americans. Infused with Loyalism and anti-American sentiments, Canadians perceived the war as a symbol of Canadian pride; without a victory, Canada would unquestionably be annexed by its southern neighbours. 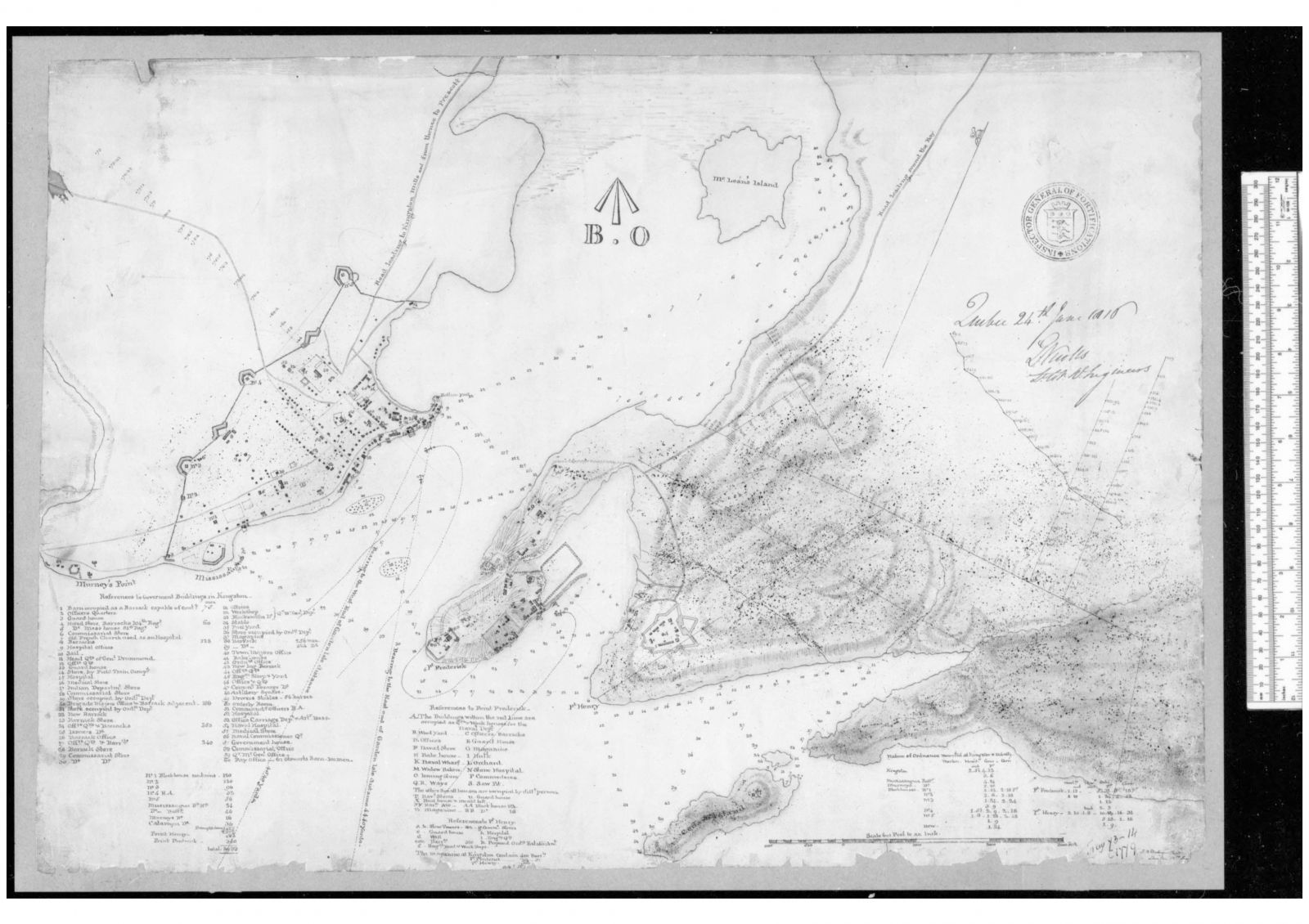 Kingston and environs with tables of references to government buildings in Kingston,
Point Frederick and Point Henry; nature of ordnance mounted at Kingston & vicinity. 1816

Located between York and Montreal, the flourishing town of Kingston was initially thought to be targeted first by the Americans. However, Canadians were mistaken. Throughout the war, Kingston only saw a glimpse of battle in November 1812.

Kingston was strategically positioned near the St. Lawrence River and Lake Ontario and would become Britain’s chief naval base and shipyard during the war. While Kingston was not directly engaged in battles against the Americans, the town vigorously aided the war effort through their shipbuilding and distribution of supplies.