Even though the War of 1812 lasted less than three years, its impact is still felt in Canada today. For the past two hundred years, Canadians have found countless ways to commemorate this momentous victory. As long as Canadians still talk and breathe, the memory of the War of 1812 will prevail.

As one of Kingston’s most celebrated sites, Fort Henry was constructed after the war to replace the short-term war defences. Intended to defend the navy yard, Fort Henry is the largest post-war fort in Upper Canada.

In his scrapbook about the War of 1812, H.C. Spring collected articles and images pertaining to the war. He included several monuments from Kingston that were built either immediately or years after the war. 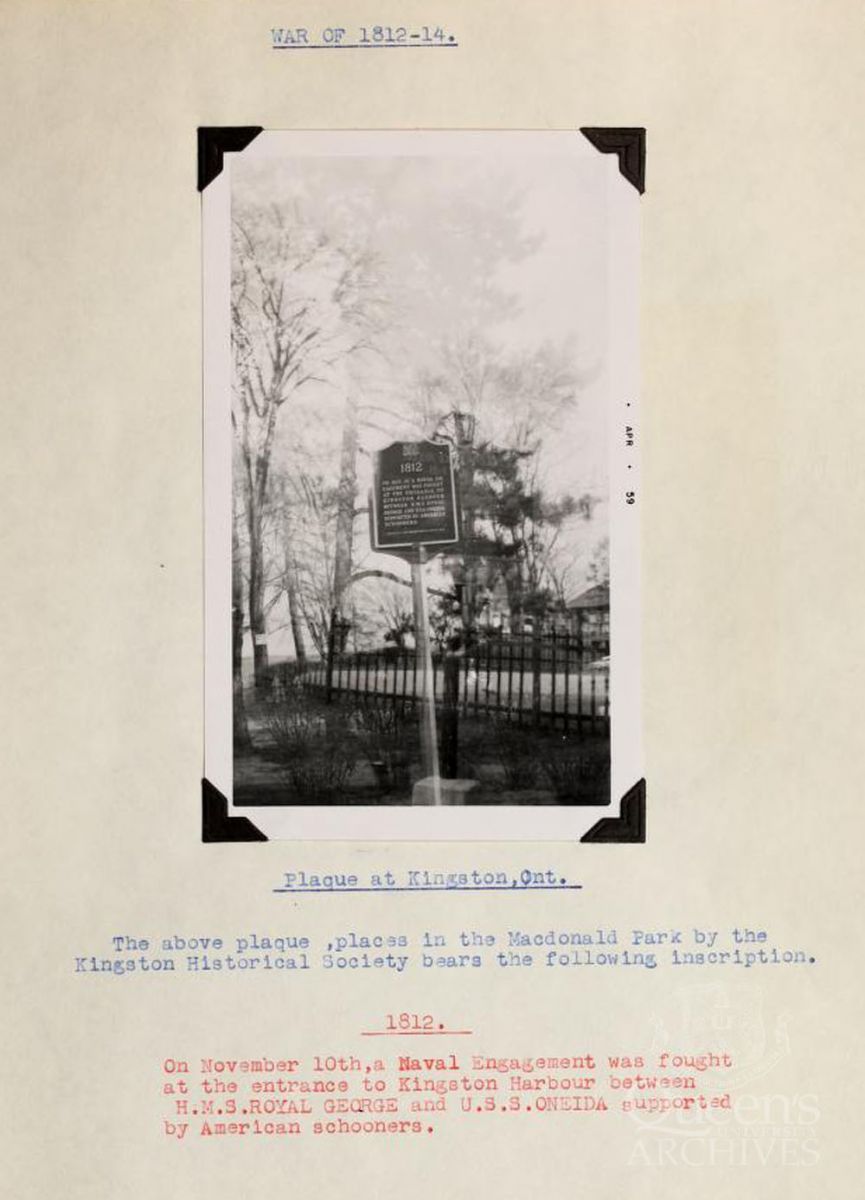 The above is a plaque erected by the Kingston Historical Society. It states, “On November 10, 1812, naval engagement was fought at the entrance to Kingston Harbour between HMS Royal George and USS Oneida supported by American Schooners.” 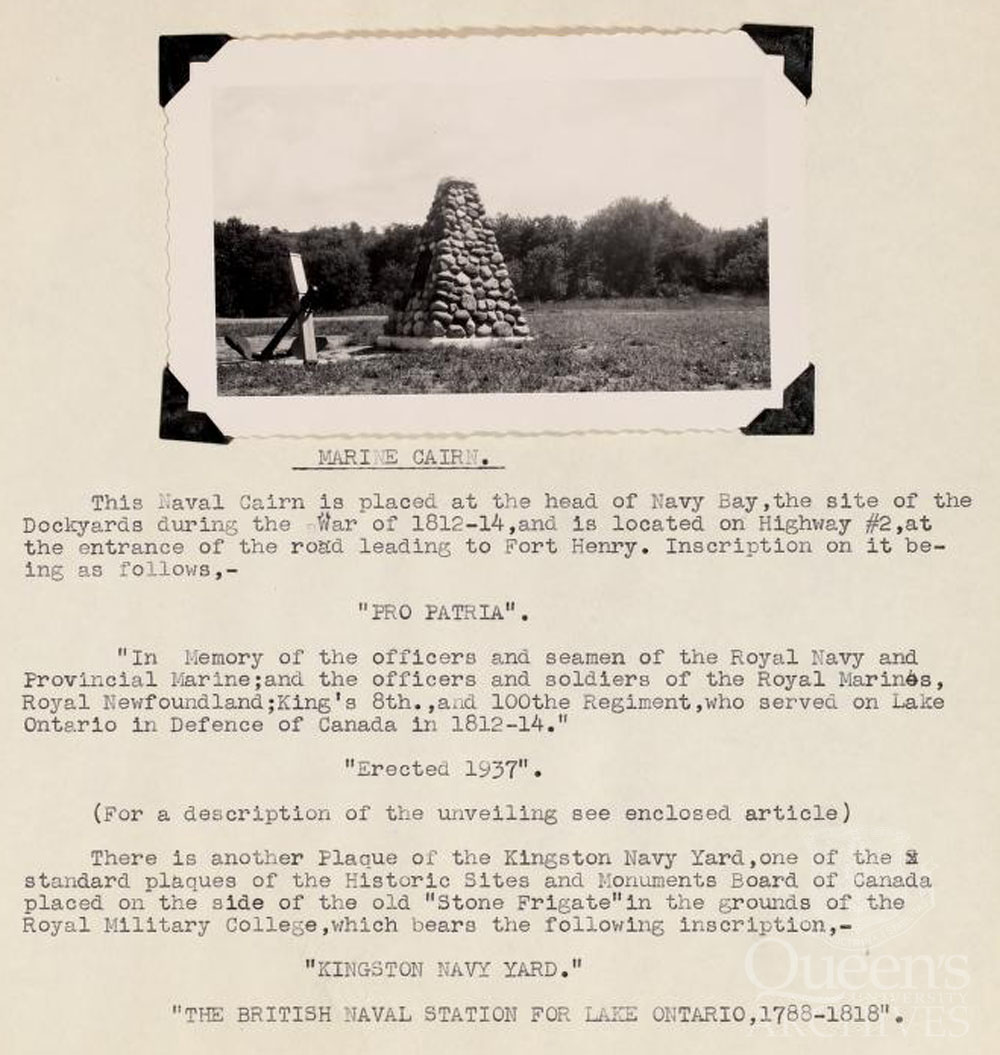 The Navy Cairn was constructed in 1937. It is located near Fort Henry, at the head of Navy Bay. It states, “In Memory of the officers and seamen of the Royal Navy and Provincial Marine; and the officers and soldiers of the Royal Marines, Royal Newfoundland; King’s 8th, and 100th Regiment, who served on Lake Ontario in Defence of Canada in 1812-14.” 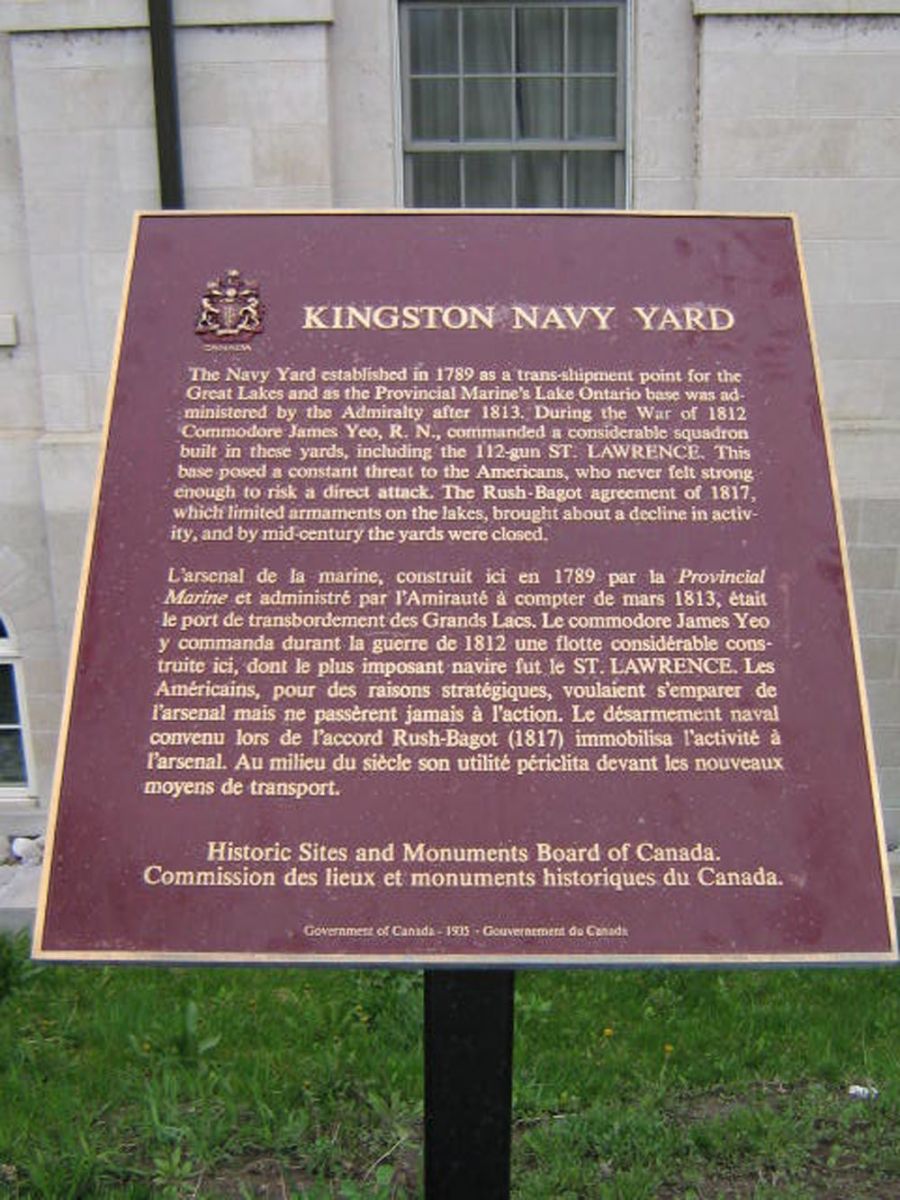 On November 5, 1935, this memorial tablet indicates the former location of the Kingston Navy Yard. Between 1788 and 1818, the navy yard was the British Naval Station on Lake Ontario. The plaque is located at the Royal Military College.

Also at the Royal Military College, there is another commemorative plaque that honours the H.M.S. Stone Frigate. Created by the Kingston Historical Society in 1923, the plaque states, “Built 1789, for Naval Barracks, and used as a Headquarters for the British Navy in Upper Canada. The Royal Military College of Canada started in this building, 1870.” 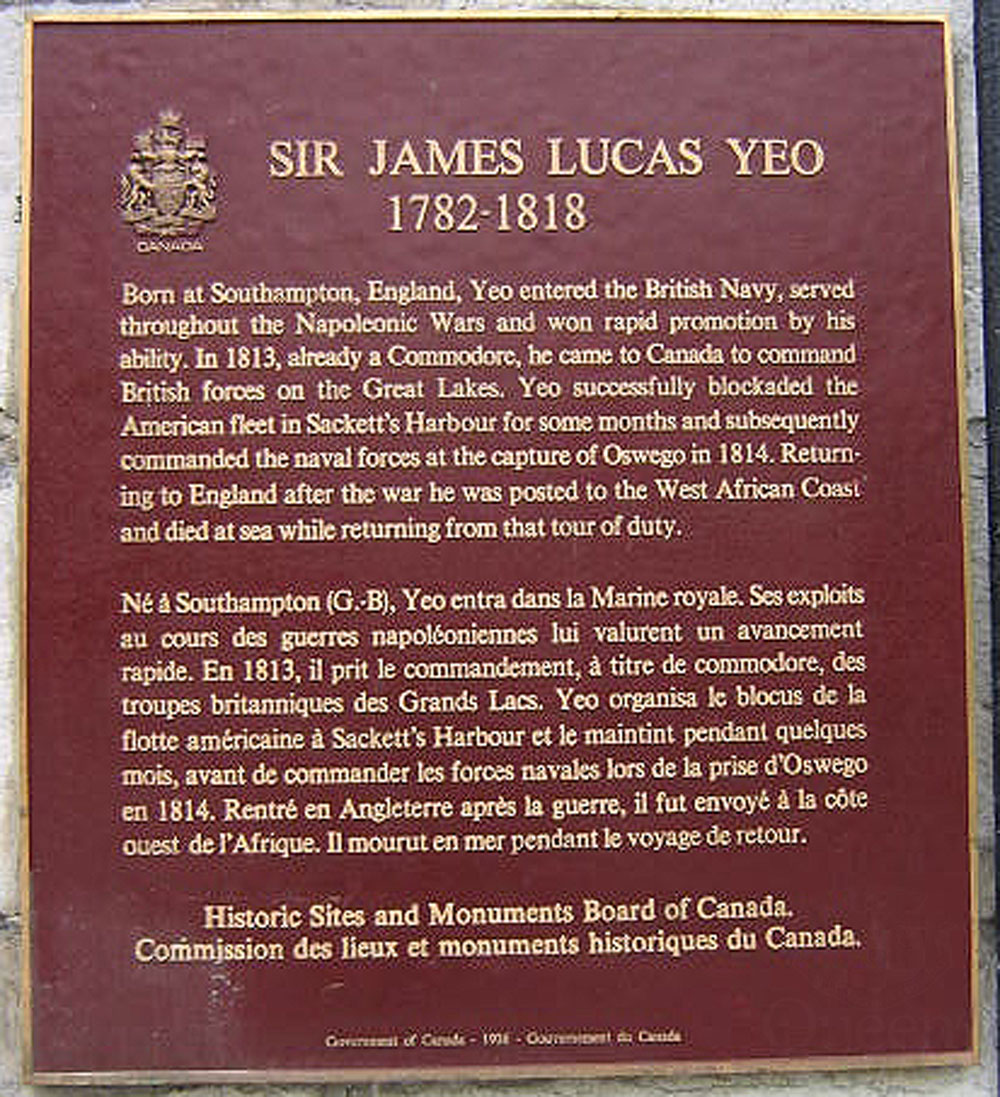 Previously located at the Royal Military College and later transferred to Fort Henry, a plaque celebrating the achievements of Sir James Yeo was erected on October 9, 1939. It states, “Commemorating the distinguished services of Sir James Lucas Yeo, as Commander-in-Chief of the naval forces on the lakes in the Defence of Upper Canada and the line of communications between Montreal and Kingston in 1813-14.”

Despite the passing of two hundred years, the War of 1812 has not lost its importance to the people of Kingston. While the war strengthened Loyalism, it more importantly created a collective Canadian identity. United against a common enemy, Canadians found a cohesive voice and demonstrated that Canada was a indeed force to be reckoned with, be it in warfare or politics.