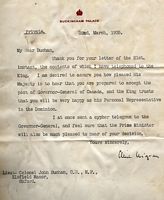 John Buchan was a commoner when first called to take his place as the Viceroy of Canada, but he became 1st Baron, Lord Tweedsmuir of Elsfield before taking up his post. William Lyon Mackenzie King, Canada’s Prime Minister approved the choice, noting that Buchan had an "aristocracy of mind and wealth of imagination."

He was indeed suited to the role, with a keen sense of tradition, as well as experience in administration, politics, business, and journalism. He was the all-rounder Canada needed, understanding culture as well as agriculture, and he loved the outdoors – of which Canada has a plentiful supply. He immediately acknowledged and encouraged Canada’s multicultural reality, affirming that he felt that "A man can never have too many loyalties." 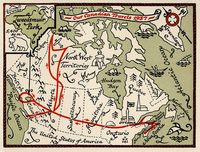 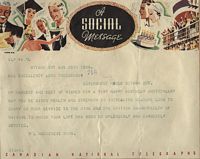 His vice-regal responsibilities were to include steering the country through the crisis of Edward VIII’s abdication, hosting the new King and Queen on their first visit to Canada, and declaring the country at war with Germany in 1939. He died in Montreal on February 11, 1940. 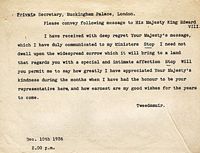