Advance planning for the invitation of the Prince and Princess of Wales to visit Queen’s University in 1991 was well underway in June 1985. Senate passed a motion stating:

that the Senate invite the Prince and Princess of Wales to accept Honorary Degrees of Doctor of Laws on the occasion of the 150th Anniversary of the granting of the Royal Charter to Queen’s University by Queen Victoria. 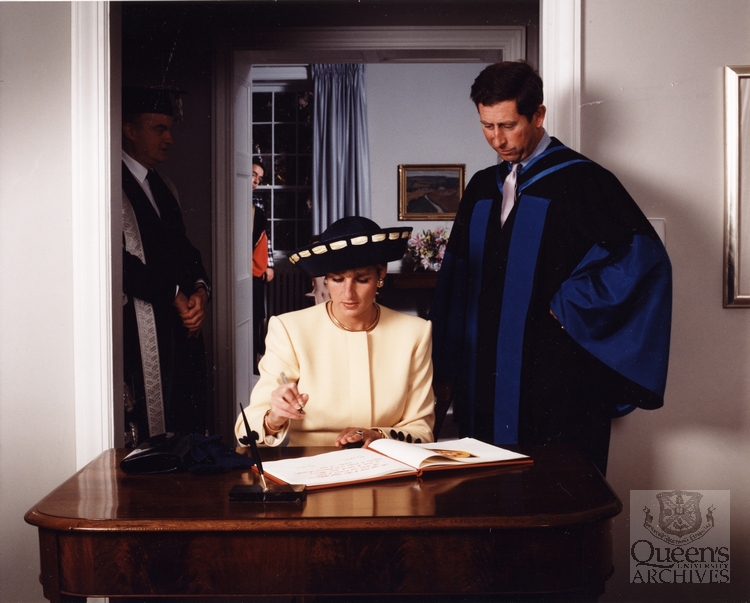 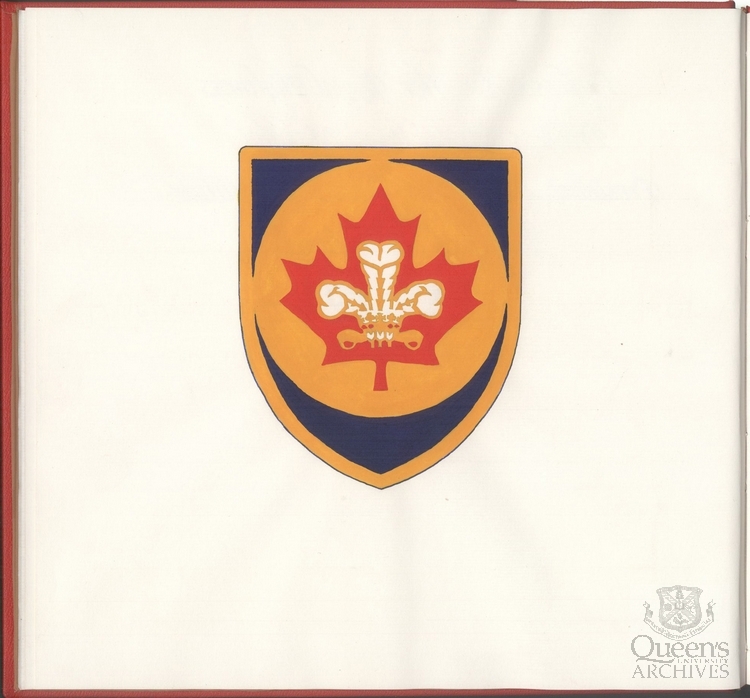 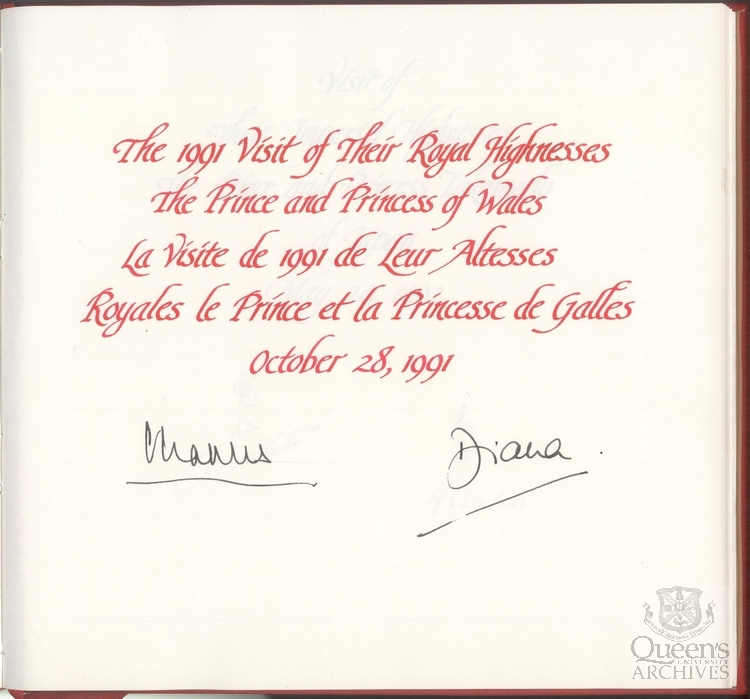 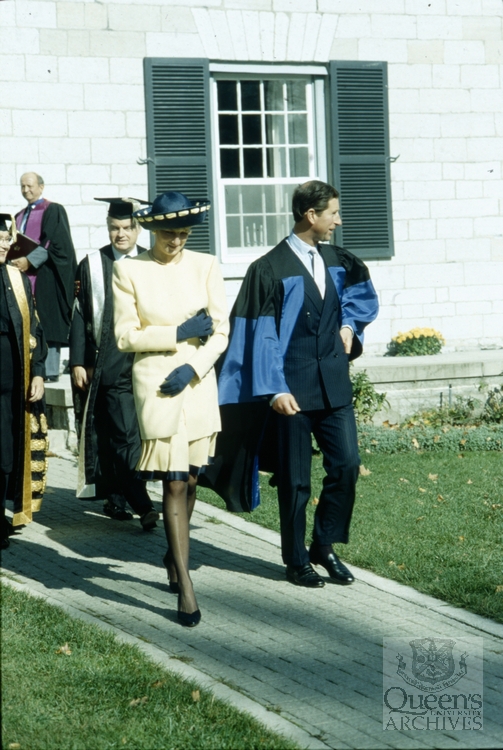 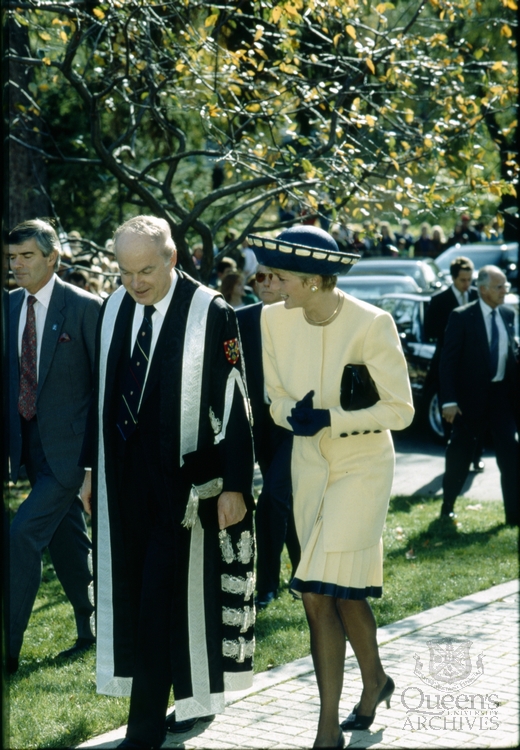 According to an appendix of the Senate minutes of 24 April 1991, “Over the past few years, the Sesquicentennial Planning Committee has been pursuing the possibility of a visit by members of the Royal family on the 150th Anniversary of the granting to Queen’s University of a Royal Charter. The University was informed last Friday that it was highly probable that their Royal Highnesses, the Prince and Princess of Wales, will be visiting Queen’s on October 28, 1991 to mark the sesquicentennial celebrations. It is planned to ask their Royal Highnesses to rededicate the charter received from the Prince’s direct ancestor, Queen Victoria. The Princess is expected to review the Prince of Wales’ Own Regiment.” 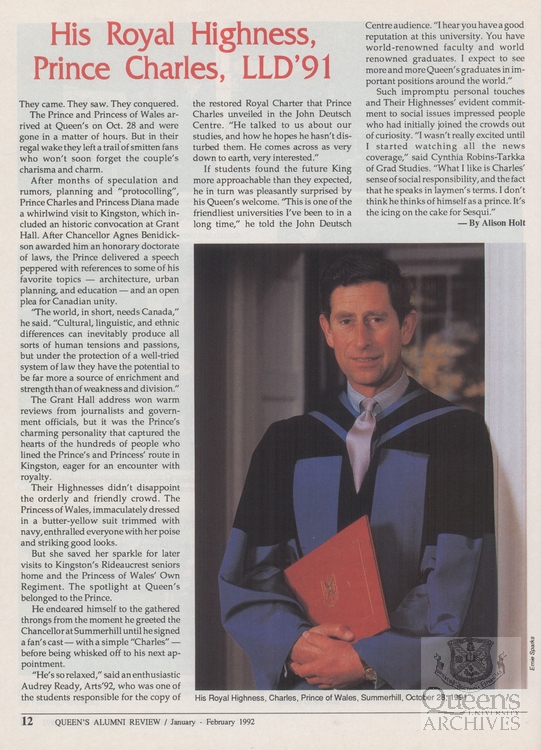 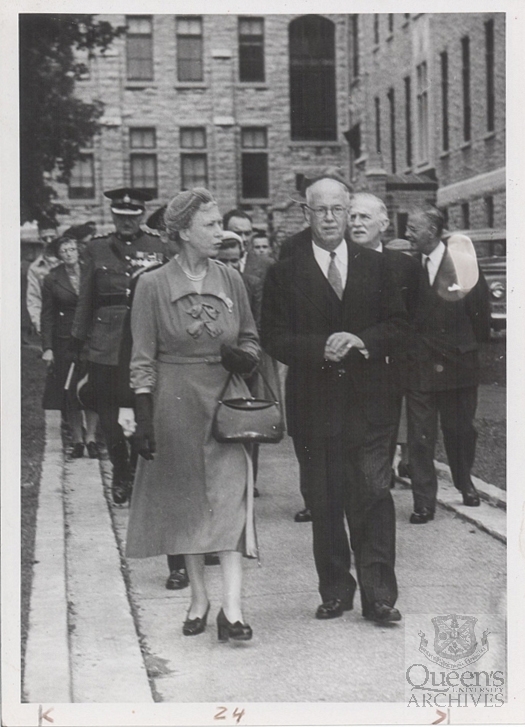 This was not the first time an honorary degree had been conferred upon royalty. The Princess Royal, Alice, and her husband, the Earl of Athlone (serving as Governor General of Canada), both received their Doctor of Laws from Queen’s University in 1941.