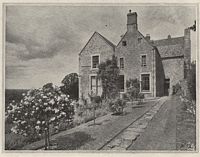 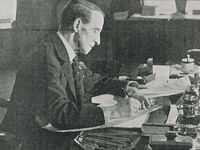 On his return to his homeland he was first called to the bar in London. In 1907, the same year that he married Susan Charlotte Grosvenor, cousin of the Duke of Westminster, he also started to work for the publisher Thomas Nelson and Sons. He became a partner of the firm and began revitalizing the publishing house by issuing pocket editions of great literature. At the same time, he acted as editor of The Spectator magazine.

John Buchan and his family loved the rural life. Elsfield Manor in Oxfordshire with its library, tithe barn and lawns became their family home in 1919. He was equally a person of contemplation and imagination, a man with prodigious energy and a sense of adventure. He was as at home behind his desk in the library at his home, Elsfield Manor, as he was under canvas in the arctic wilderness.